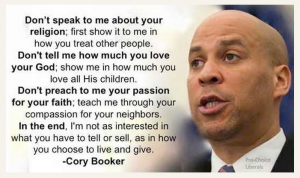 The Content Managers of the JFK Club website are looking for a JFK Club member to write this Page.  Write it and send it to Jim or Gina reference the Tab = A Few Personal Thoughts when you send in your document.

“Know the truth and it will set you free”

When you were younger than you are now you believed in the tooth fairy. Your parents told you all about it and the allotted money showed up under your pillow on the appointed night. And then you learned the truth. Your world didn’t end and you didn’t become toothless.

When you were younger than you are now you believed in Santa Clause. The whole world seemed to confirm your belief especially on the appointed morning. And then you learned the truth. Your world didn’t end and you didn’t become the Grinch.

Three hundred years ago it was heresy punishable by death to question that the earth was not the center of the universe and that everything in creation did not revolve around us. Today, no serious or sane person questions that our planet is but a remote speck in a vast cosmos of hundreds of billions of remote specks with only our moon revolving around the earth. You know the truth, the universe did not end and you have not ceased to exist.

“Know the truth and it will set you free” does not mean that the knowledge you gain will make you happy, rich, popular or give you power. The freedom you gain is your own to use as you see fit not as someone else would dictate.

Belief (belief: a state or habit of mind in which trust or confidence is placed in some person or thing) is a very dangerous attitude unless it is carefully established based on facts and belief can be even more dangerous when it is married to faith (faith: continued belief in something for which there is no proof). All of us need to be very careful in what we believe and where we place our faith because there are so many utterly selfish people who would sell us lies as truth to further their own ends or agenda without any consideration of how it affects you or the people around you. Both politics and religion in particular have always skirted the bounds of truth and lie but today, due largely to the massive amounts of money involved, both have strayed far outside the bounds which most of us apply in our daily lives.

Know a tree by its fruit. So much for Rush Limbaugh, Shawn Hannity, right wing talk radio in general and the Republican party. I have never met anyone who was happier after listening to what any of them had to say. Their fruit is sour, poisonous and corrosive to the soul and designed to enrich only themselves by tearing down or destroying others. Name one thing that any one of them has ever done or said which benefits you or, for that matter, brings anyone you know happiness, fulfillment or satisfaction. Just one thing. . . . . I’m waiting.

As I am a proud progressive many conservatives who I talk with about issues react with “Well, the Democrats do it too”. Not so much these days. The polarizations of our political, religious and social systems are largely due to the emergence of a dedicated and loud group of very angry old men – WORMS by any definition: White, Old, Republican, Males, the very people who would rule us and who hate the US Constitution because it gives power to the people and not to the authoritarians. The proof of this attitude is in the polling which shows time after time that majority the people want certain things in a certain way but that the rulers, especially elected Republican officials will write the laws in a totally contrary manner to satisfy their minority conservative base. But, there is hope.  In his final speech of The Great Dictator (1941), Charlie Chaplin makes the statement “The hate of men will pass, and dictators die, and the power they took from the people will return to the people. And so long as men die, liberty will never perish”. A great thought, we can only hope that it is more truth than wishful thinking.

By the way, I am still waiting.

Comments/Editorials A Few Personal Thoughts Gross Wealth Inequity in America Our Voting Rights are Under Attack!

Our regular monthly meetings are held on the first Saturday of each month at 9:30 AM at the
Sylvan Community Center
7521 Community Drive
Citrus Heights, CA 95610

Currently you may attend by using Zoom.

You may Email us at;
jfkdems@gmail.com
or visit our Facebook page.

To add content to website or any corrections to the site email your documents to Jim at  jfkdems@gmail.com

For technical issues regarding this site please Email
Jim at — jfkdems@gmail.com